May 12, 2016
Congratulations to Sciennes P7 football team who have reached the semi final stage of the Inspectors’ Cup after qualifying from the second round on 11th May with two wins and two draws, conceding zero goals. The semi finals are two weeks from now on 25 May.

The squad involved in both rounds so far:

Sciennes won the very first competition in 1893, a year after the school opened. And the whole school had a half day holiday! Good luck boys – but no holiday on offer if you bring home the trophy!

Read more about the HISTORY OF SCIENNES. 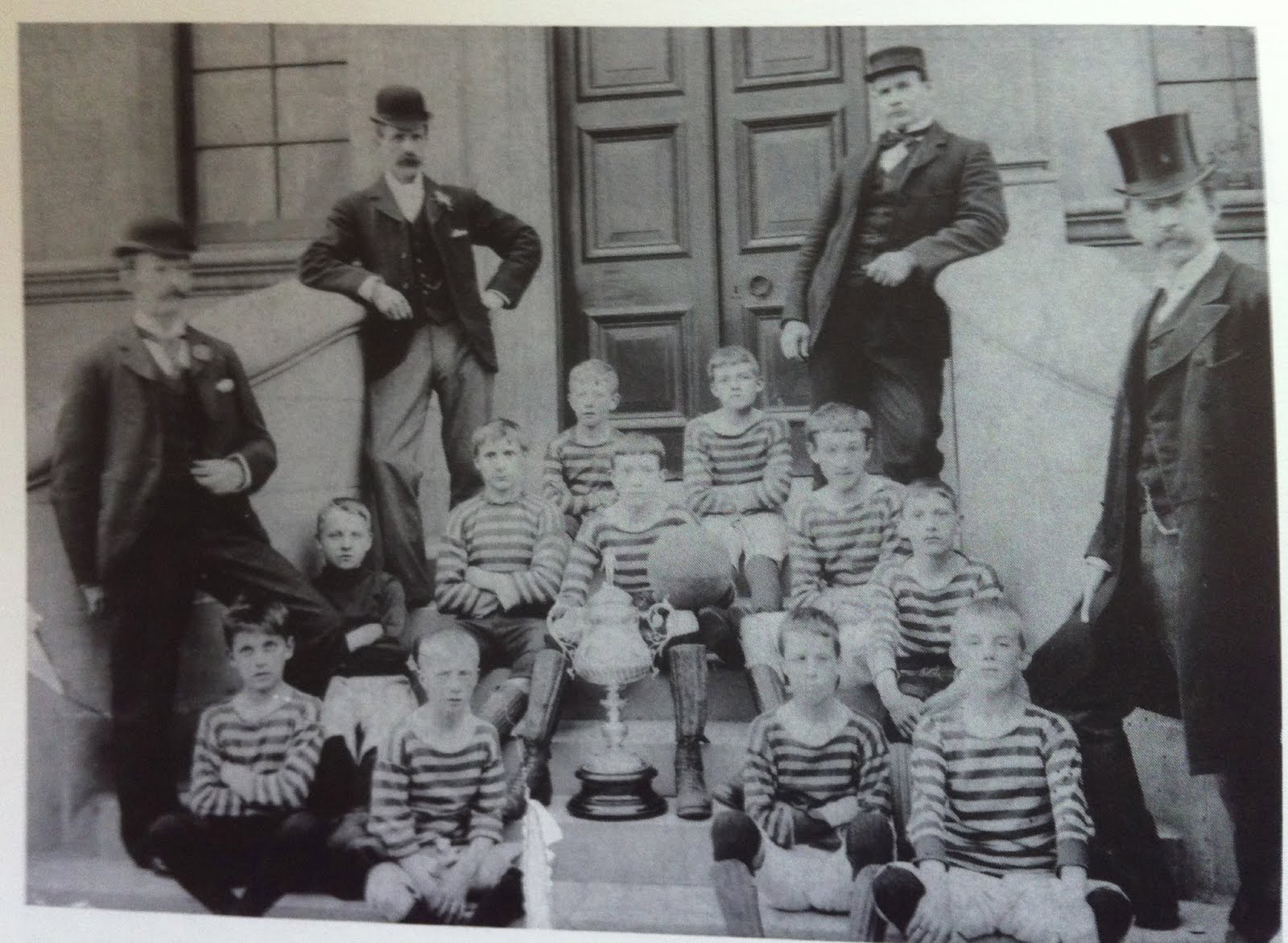 The Sciennes’ School Football Team June 16th 1893 “In honour of the football team of this school having been successful in the first competition for the  H.M. Inspectors’ Cup the school was granted a half- day holiday.” The cup is in the Headteacher’s room. This photograph shows the stone staircases that originally led to the Boys’ and Girls’ entrance doors. You can still see the outline of the doorways if you look above the roofs of the extensions added to create our current Janitors’ Office and Care Zone.